A Sense of Place

‘A Sense of Place’ is a graphic art project exploring the idea of place and what it means. We were asked to participate in this limited edition book, composed with folded handcrafted posters from 12 international contributors. 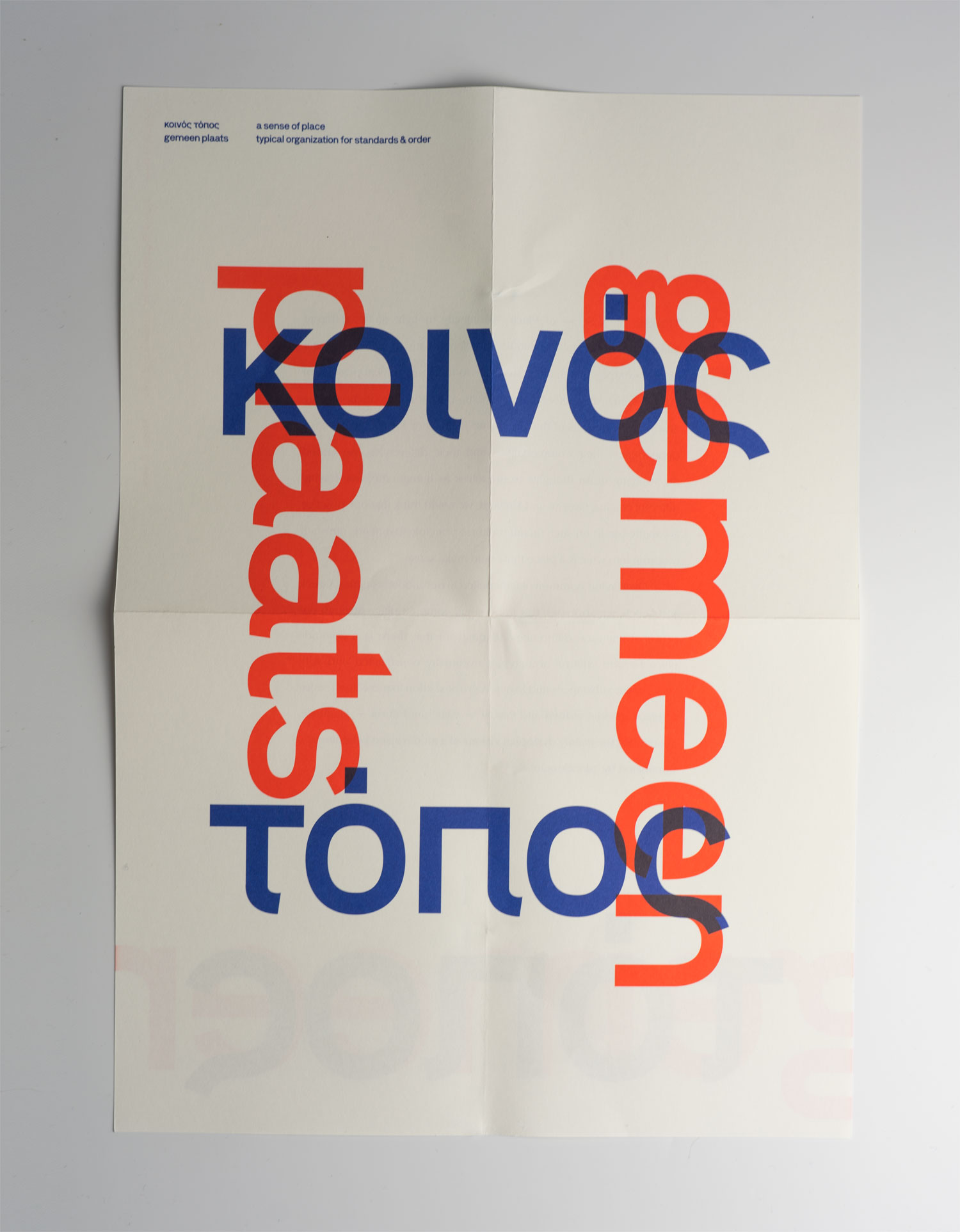 For our contribution we initially thought of the different “places” that letters take within the Greek and Latin alphabet. This is a kind of comparative thinking that, due to the Geographical position of our work environment, Athens, Greece, is a natural epiphenomenon. Studying the genesis of the greek and latin letter forms, their mutual dependance, their commons and their differences we ended up applying those thoughts to ourselves as human subjects. Having different origins, Greece and Holland, we could think that our practice is exactly based on such intercultural principle that needs a constant research on what is a place that could make sense. Overlaying “common place” spelled in our mother tongues, Greek and Dutch, we approach this impersonal common place by our personal linguistic differences. Finding out that there is a common place beyond cultural archetypes, eventually constructed and with very similar substances and logics. A cross-section that creates a sense of place inheres written and verbal — visual and aural — language, contrasting the mainly dystopic visions of a, dominated by placelessness, modernized Lebensraum.

The book could be found here. 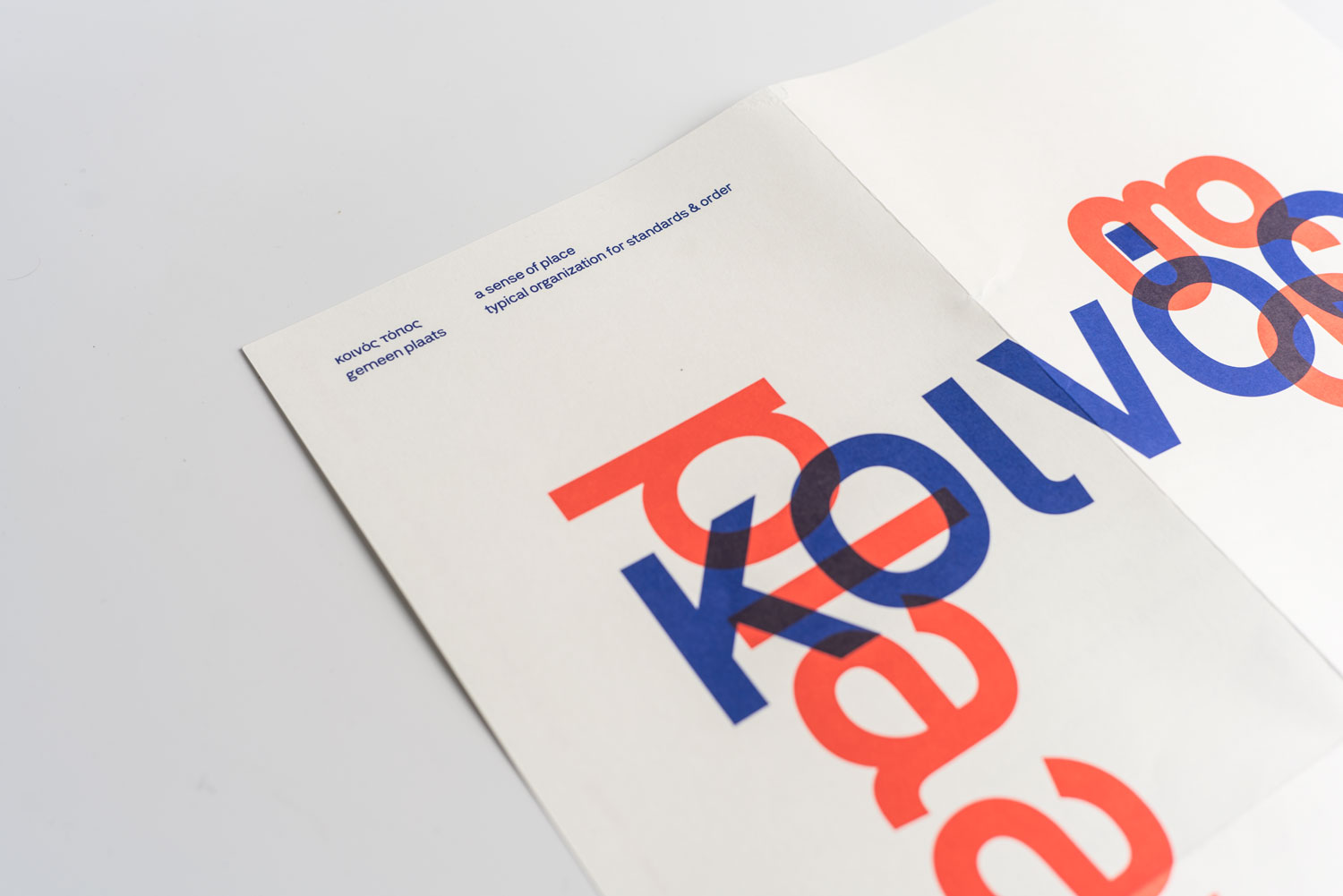 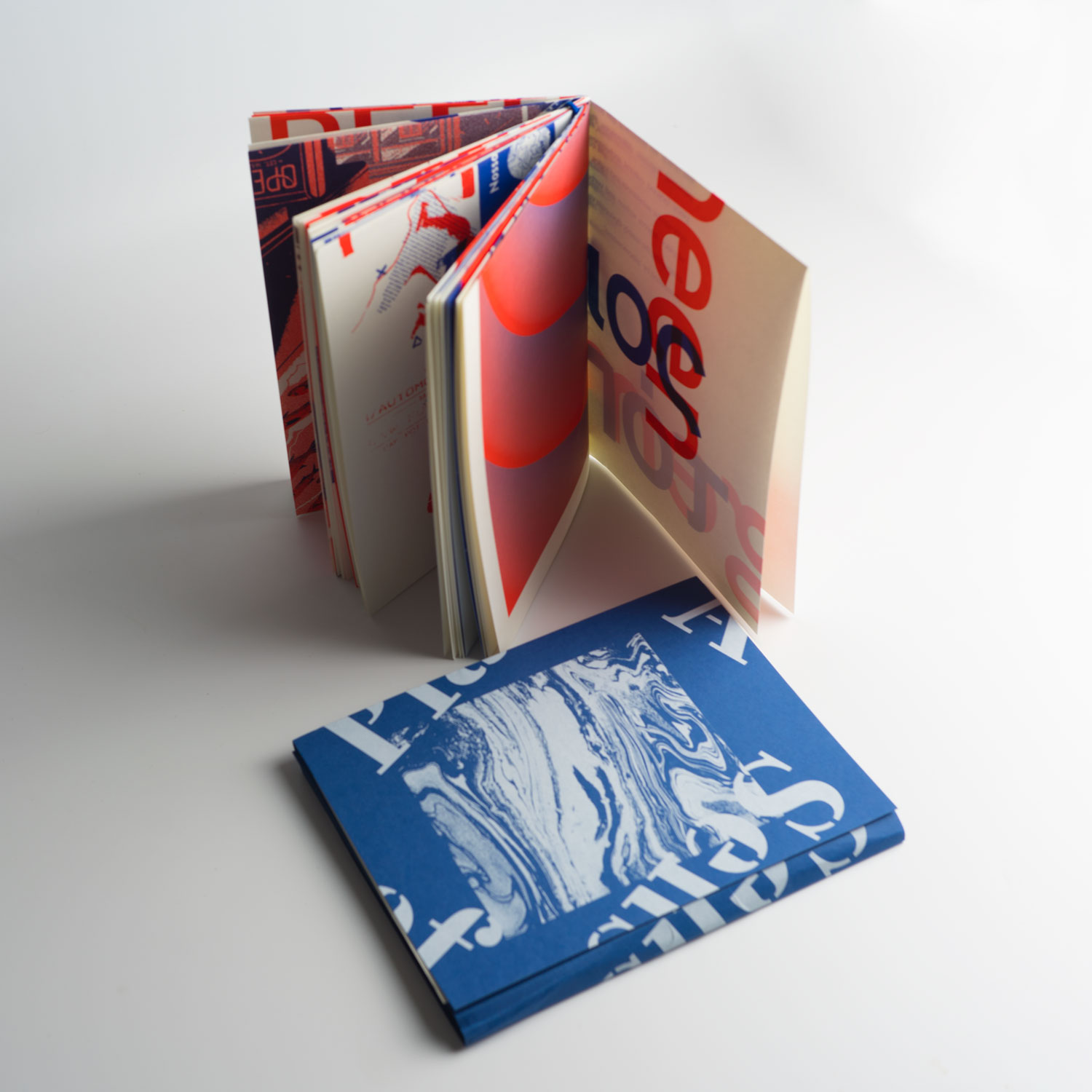