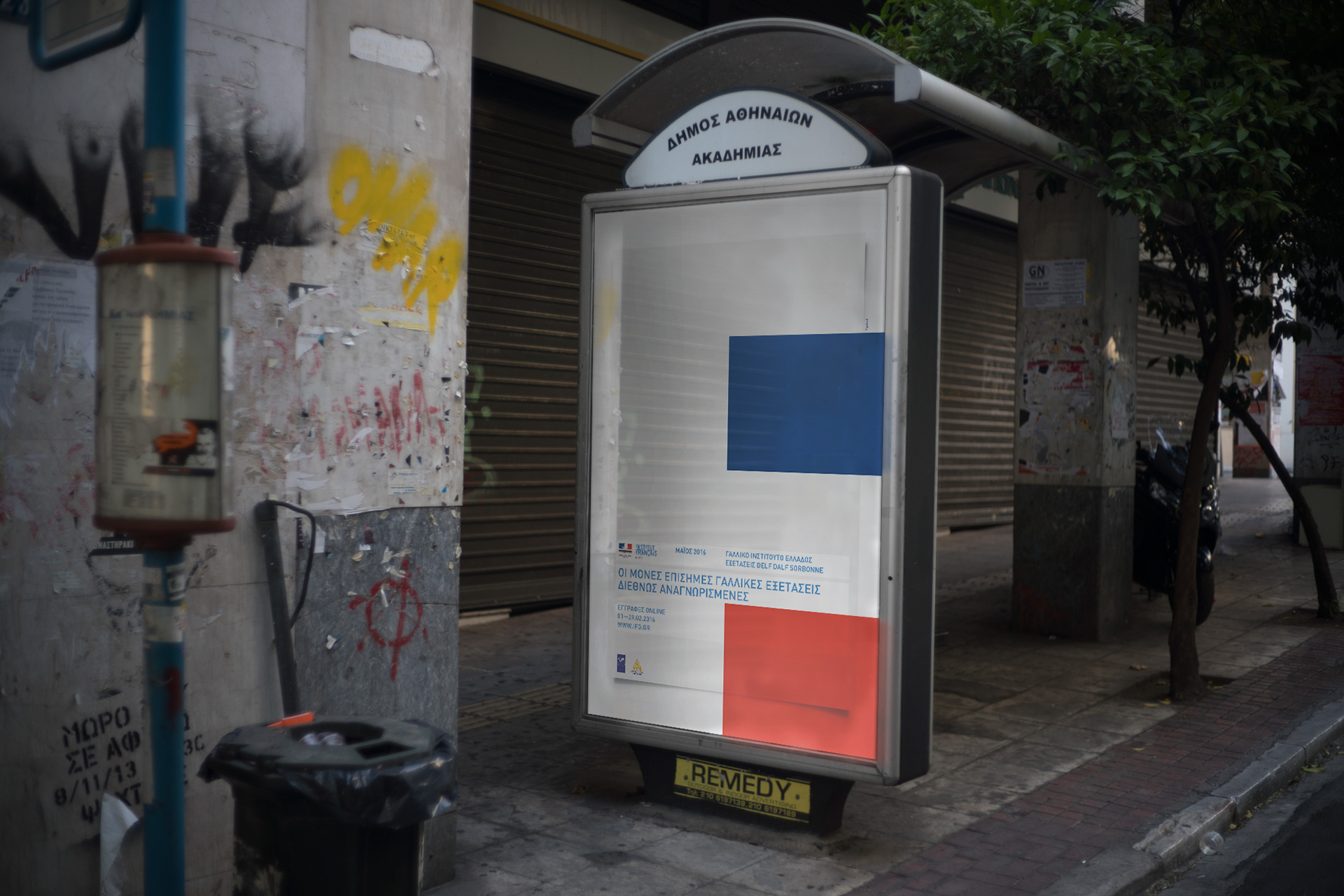 As part of the collaboration with the French Institute of Athens, Typical Organization was assigned to design a series of different informational material about the DELF, DALF Sorbonne exams that the Institute officially hosts. Faithful to both the existent visual identity of the Institute, but also to the Typical standards, we created a dynamically adaptable system based on the synergy of the three colours of the French flag ‘a.k.a. Tricolore’ and the capital letter “F”, initial of anything French. The only elements utilized for this matter are two colour blocks, a blue and a red one, but mostly emptiness, that is emphasized by the use of an underlying blank sheet of paper, creating also a connotation to the certificates themselves, usually referred as “the papers”. The above elements are enough to create the second image of the big “F” on the negative space of the image of Tricolore, deploying the Principle of Closure, one of the five Gestalt Laws:

“Elements tend to be grouped together if they are
parts of a closed figure.” 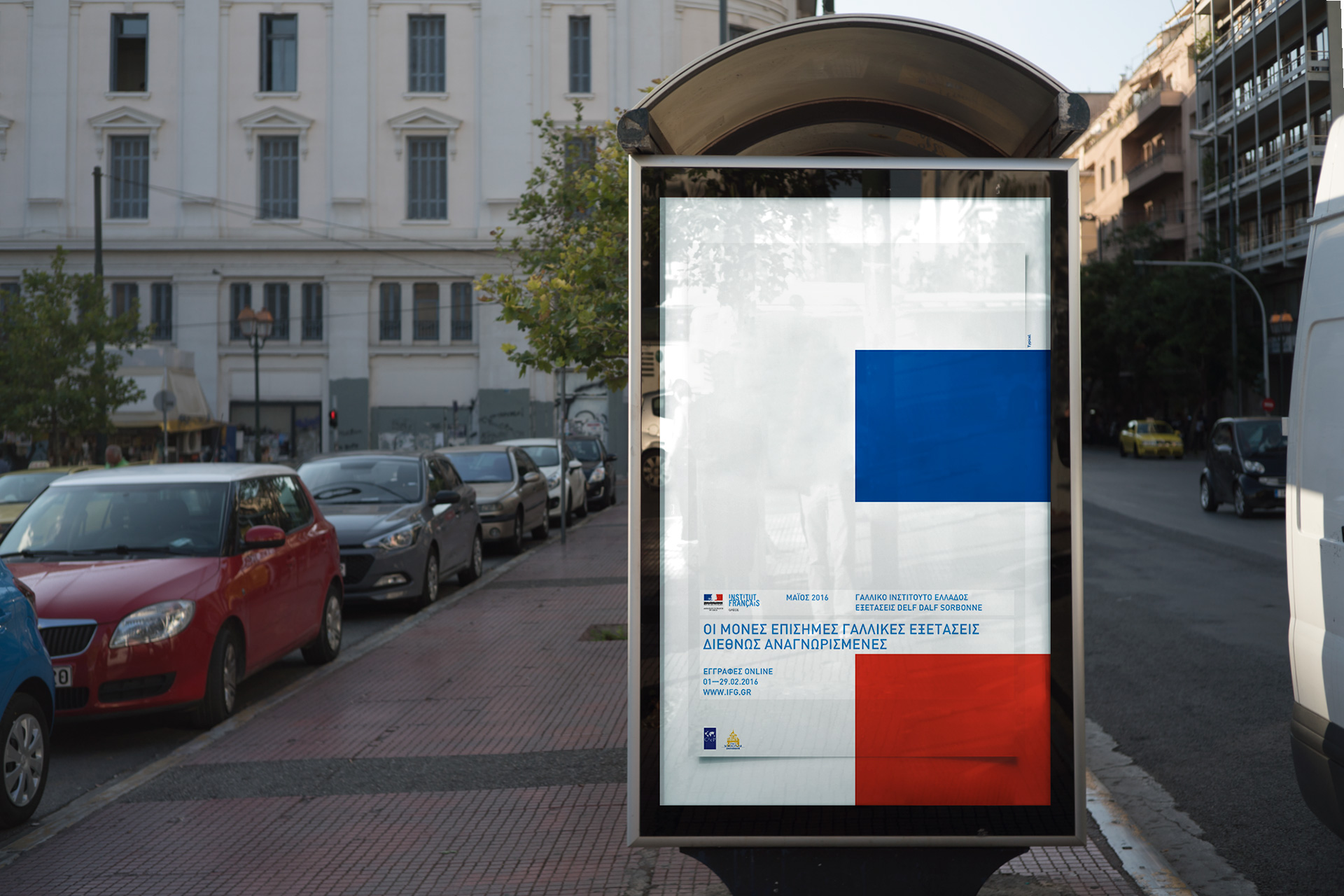 “In the case of all things that have several parts and in which the whole is not like a heap, but is a particular something besides the parts, there must be some such uniting factor.” — Aristotle 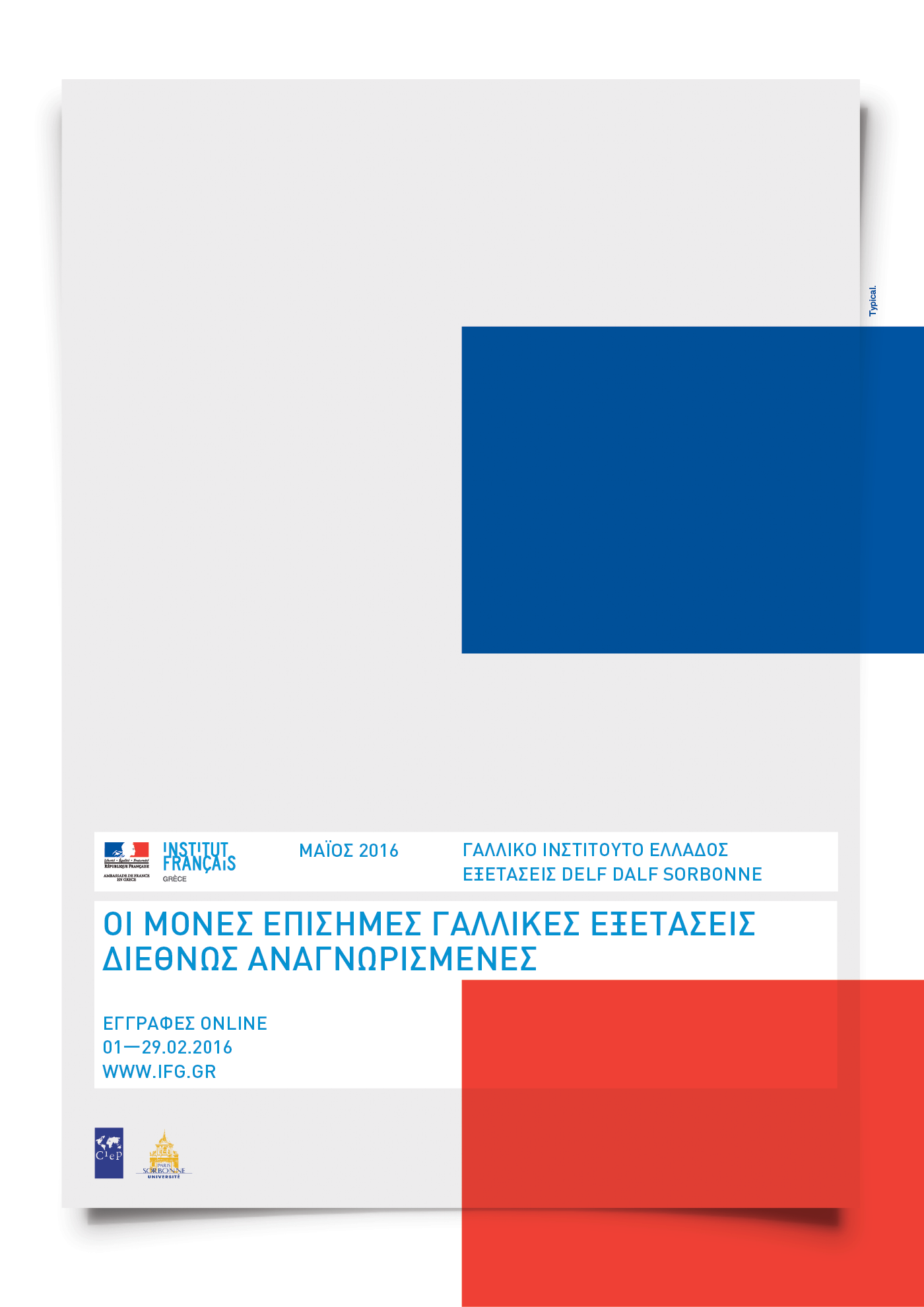