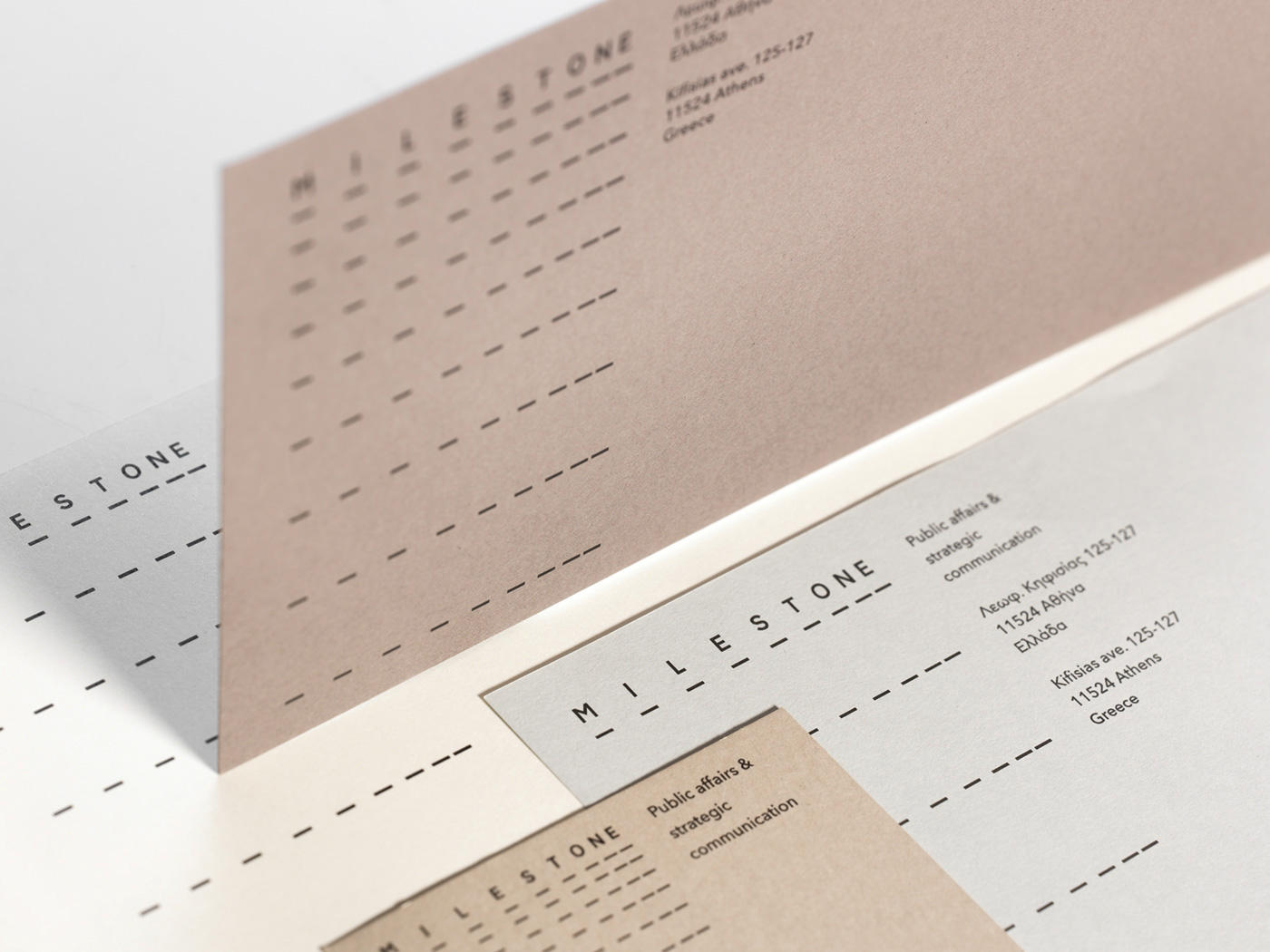 Milestone, a young Greek company specialized in Public affairs & strategic communication, approached us to design its visual identity. While reflecting on the meaning and use of the word Milestone we did feel that we could not just represent the milestone as it’s used in the common language. We did search a way to incorporate the functionality of the milestone itself in the substance of the identity.

We thought that the concept milestone was first of all born out of a road system. A single milestone would not be of any use, it’s his inscription in a system of relations that makes the milestone one of the most important inventions in human history. For us a milestone means motion. In order to observe motion we need a ‘frame of reference’ to measure the change relative to that frame. Milestones are forming a system of relations which allows the user to evaluate his speed, momentum, past and future.

This thought is resumed in a simple system of proportions, a grid that would react dynamically on different applications. The starting point is the kerning (spacing) of the word ‘Milestone’ set in the suitable typeface Transport medium. The 9 letters give us horizontally 9 lines and those are repeated 9 times vertically. A solid and adaptable structure is born, a tool that permits the user to determine his position. 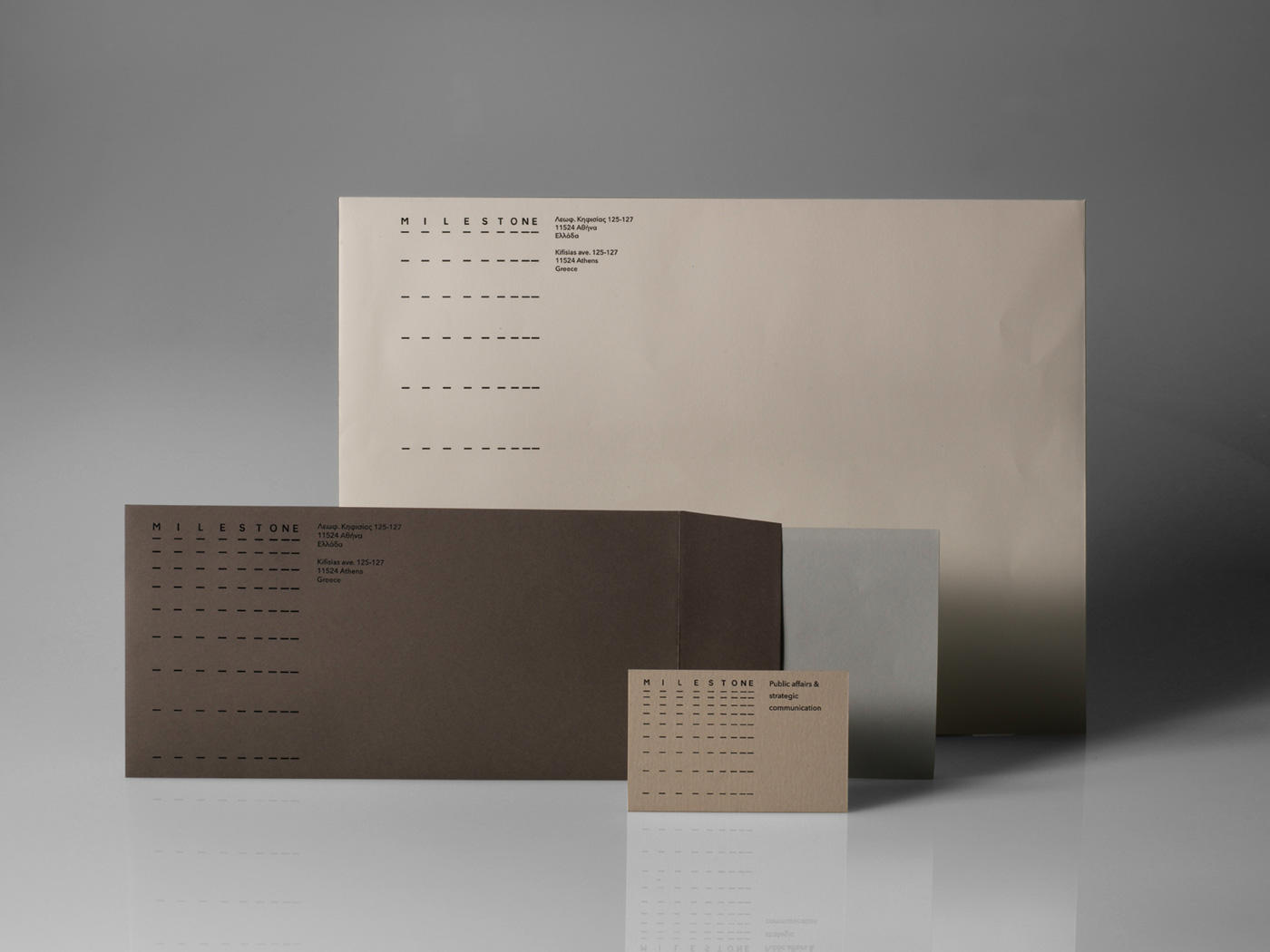 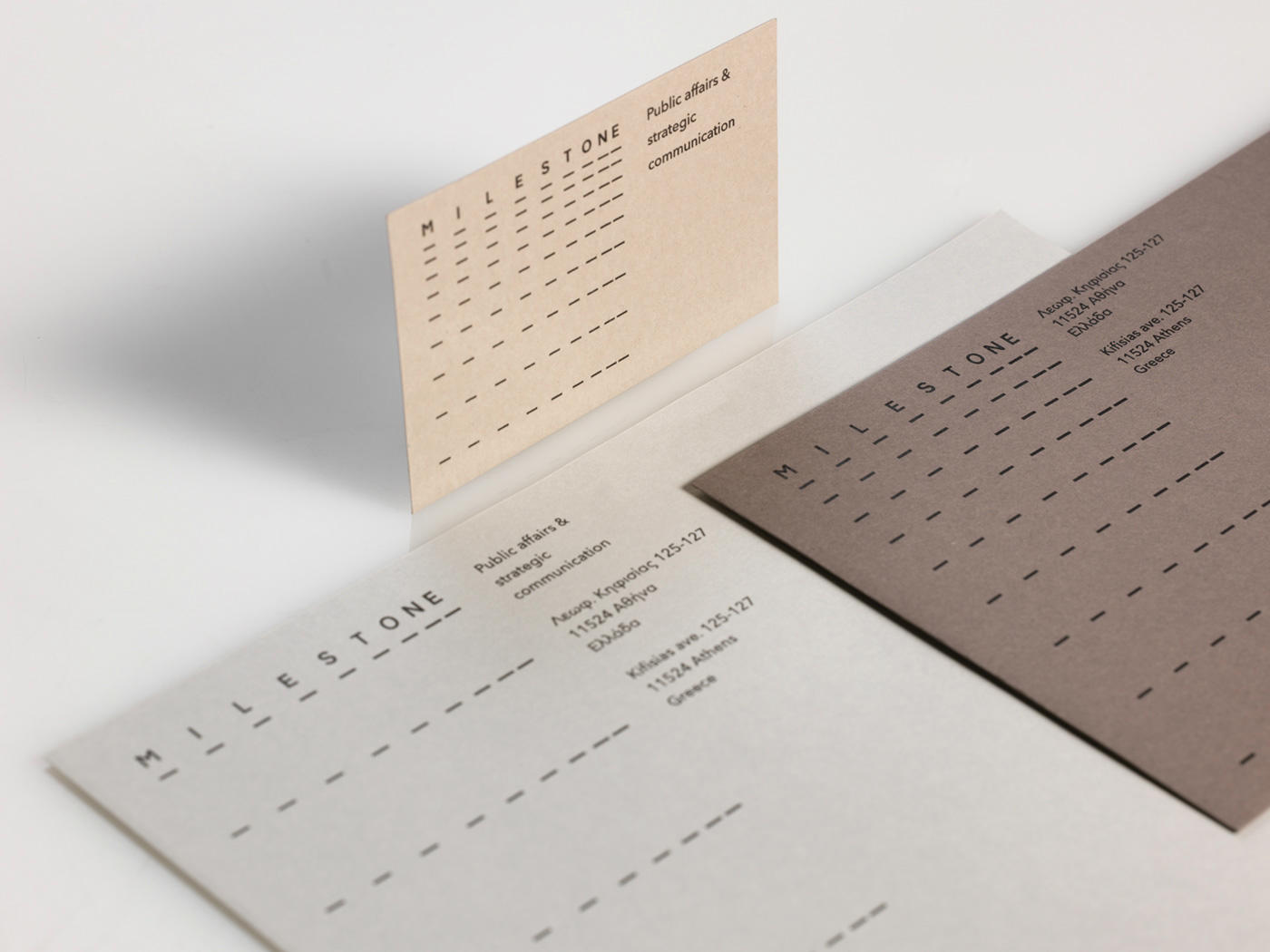 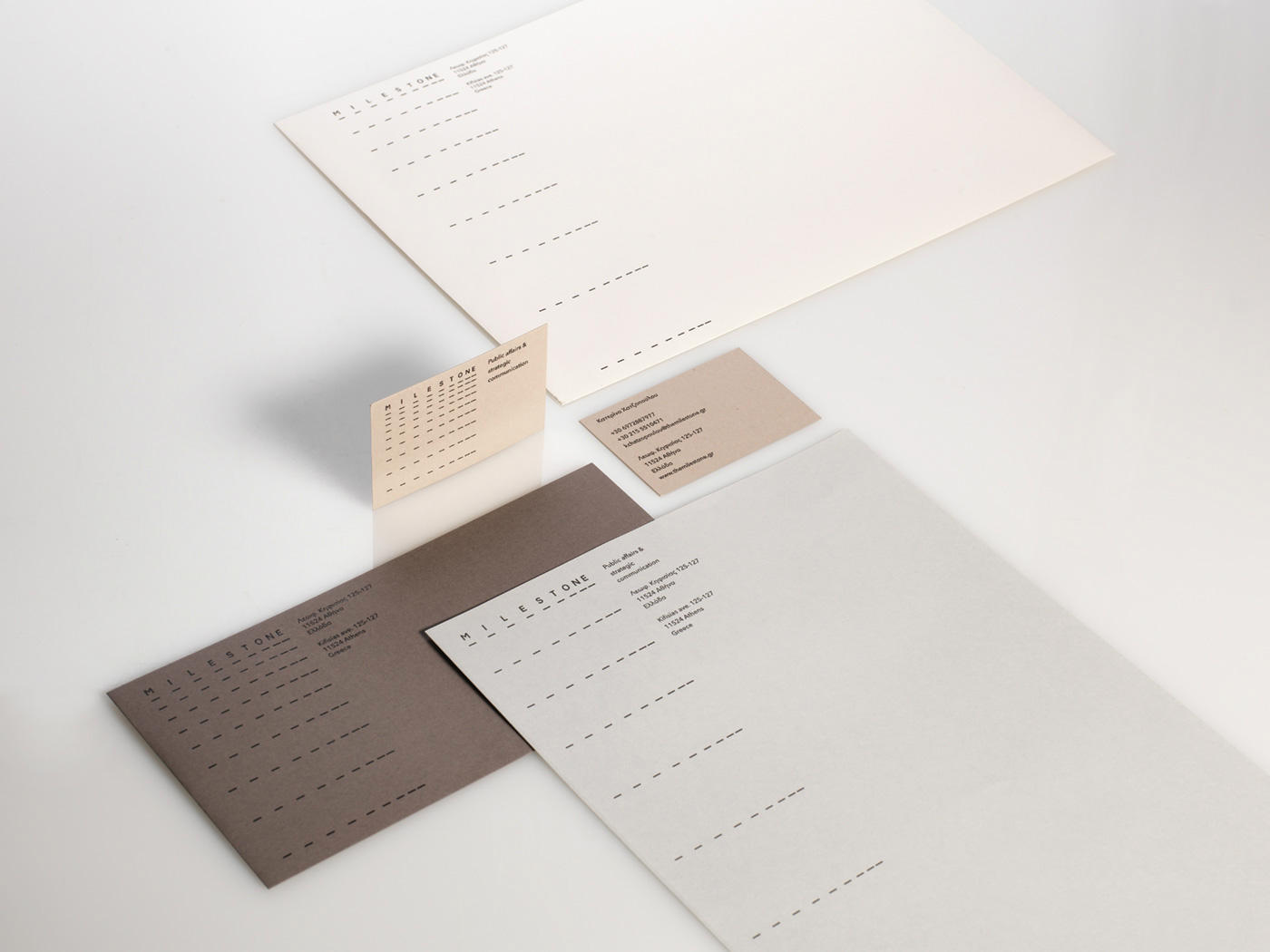 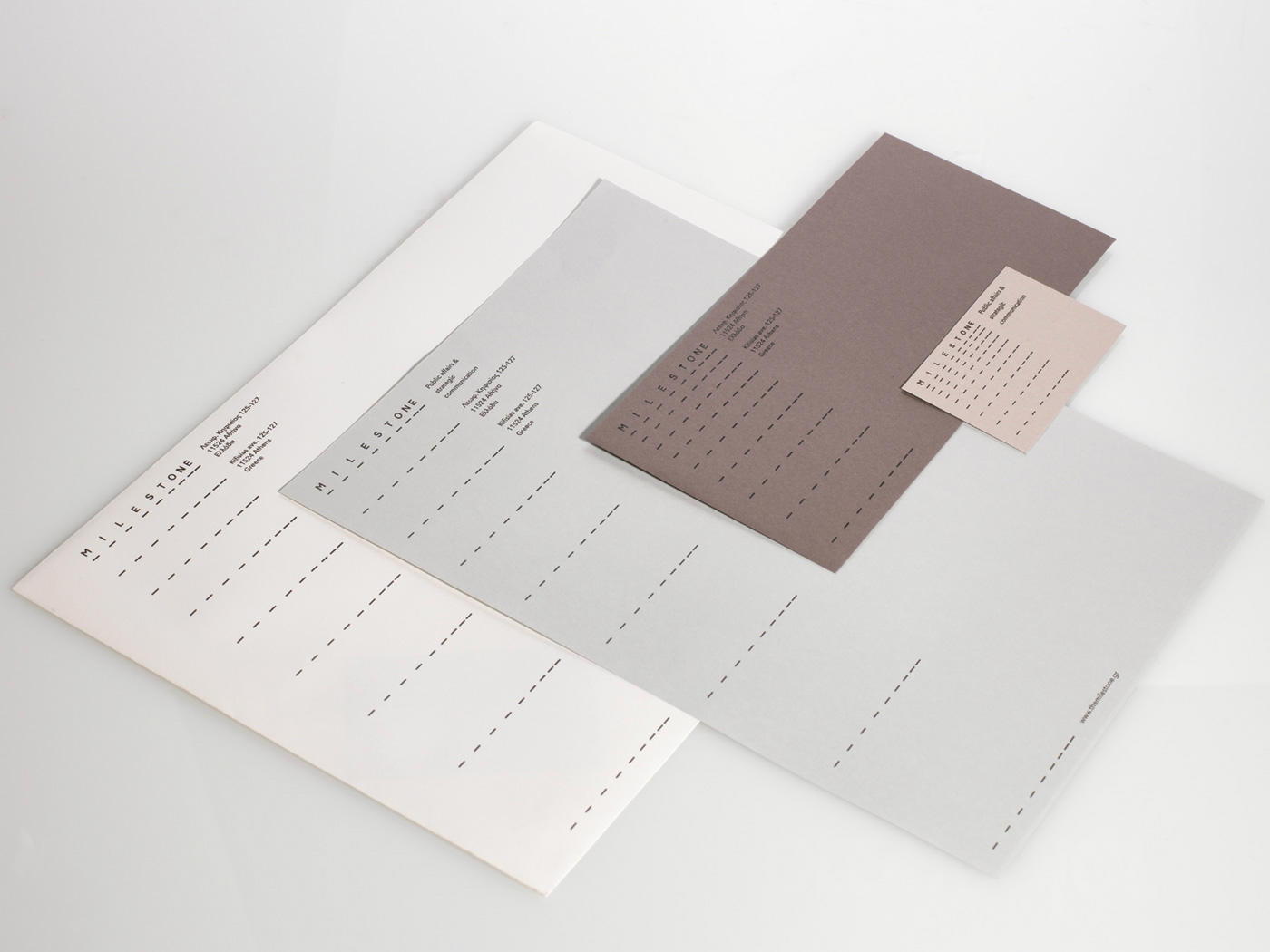 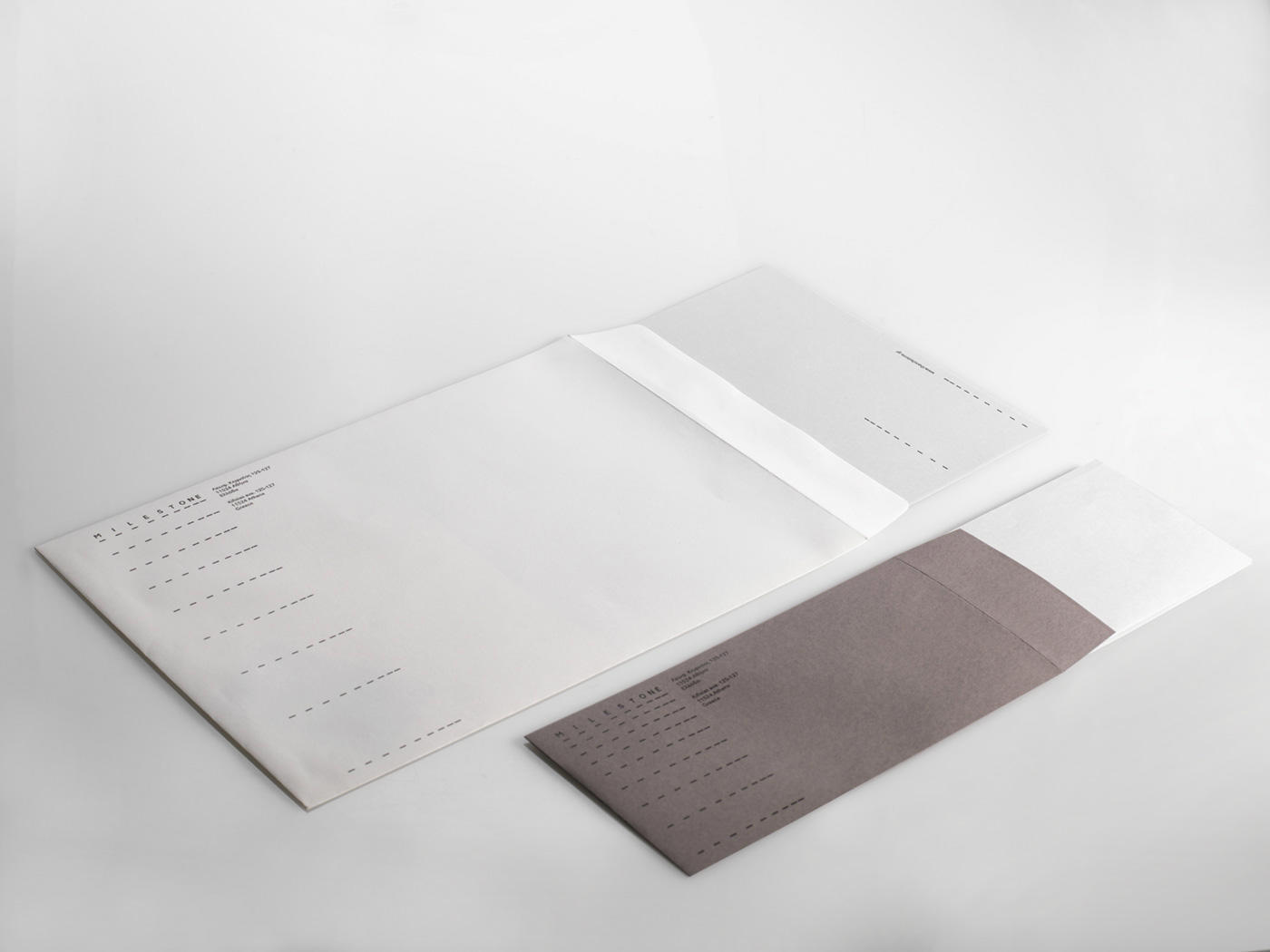 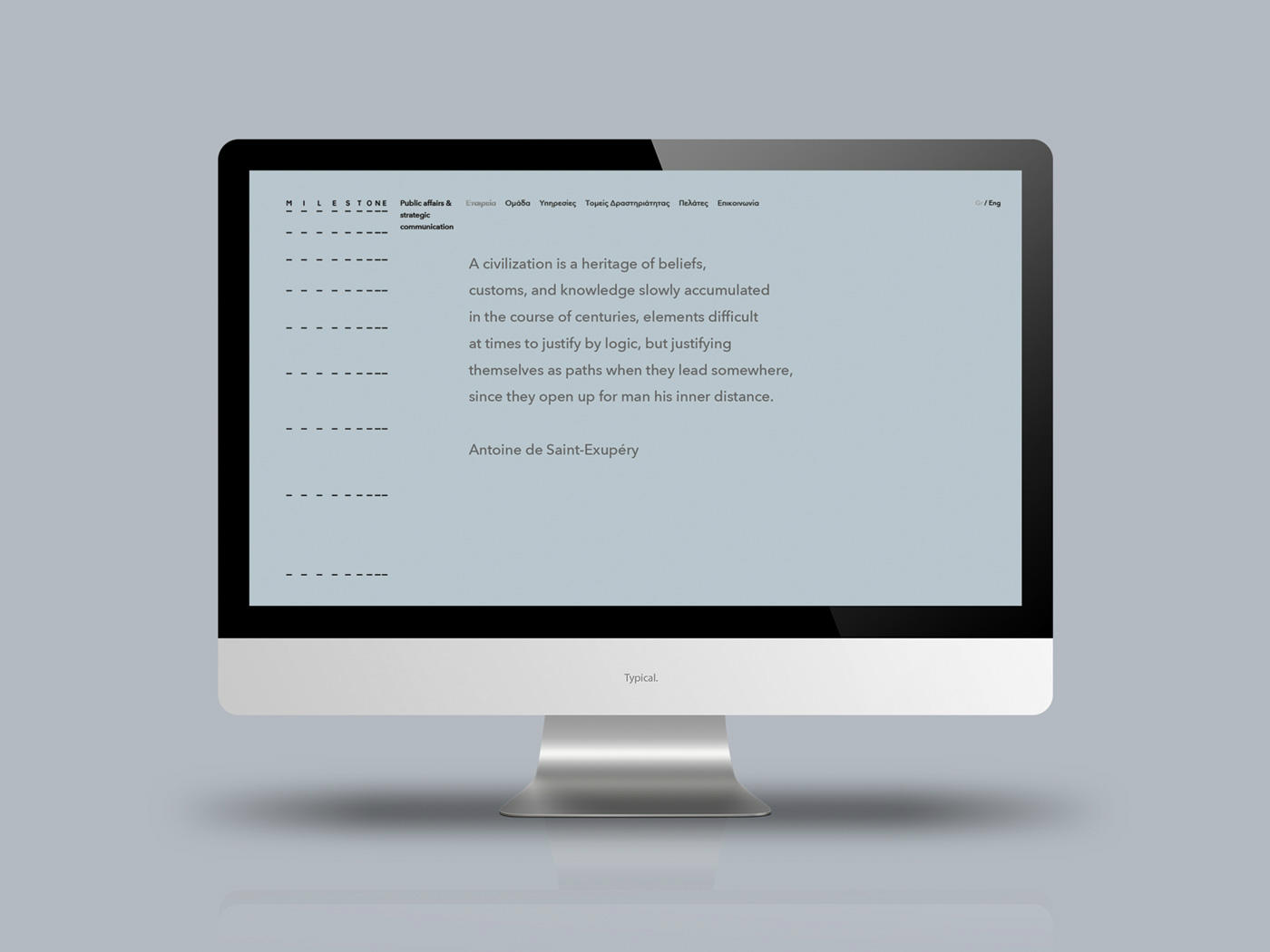