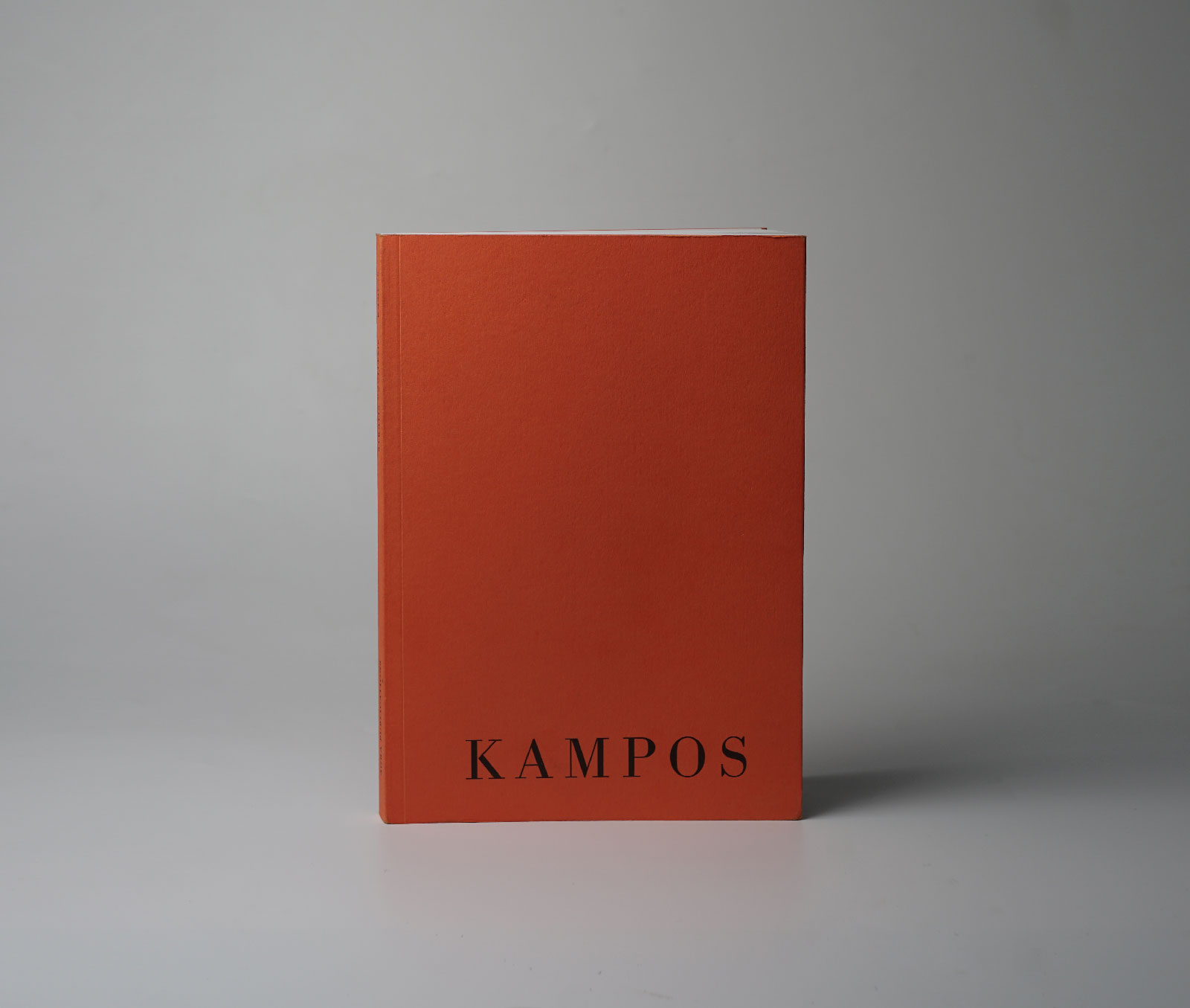 Kampos is a hybrid book, between photography and literature authored by Stratis Vogiatzis and published by Agra publications. The work is made at and on Kampochora or Kampos (Greek: Καμπόχωρα, Κάμπος) literally plain, a former municipality on the island of Chios, North Aegean, Greece. Our design does refers to the very notion of the plain. This plain, is at once symbolic as realistic as space of observation and space of conception or reception. As the very notion of the sensible plate in photography Kampos is that magical divise to see that what is there and that what has to be imagined. Since on the actual plain we can find a lot of oranges we believed it most typical to have an orange cover. Peeling images of oranges peeling the orange from the images. 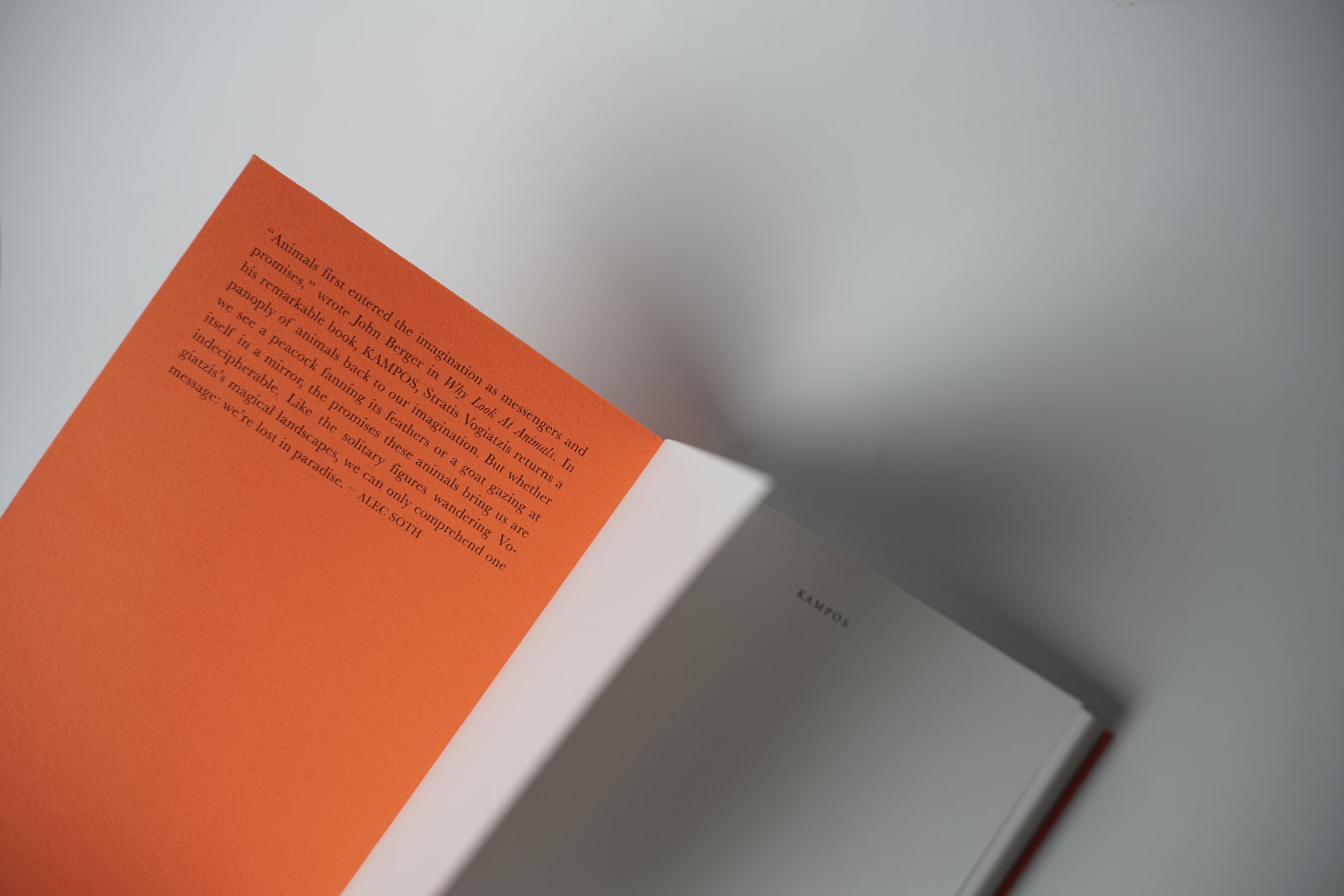 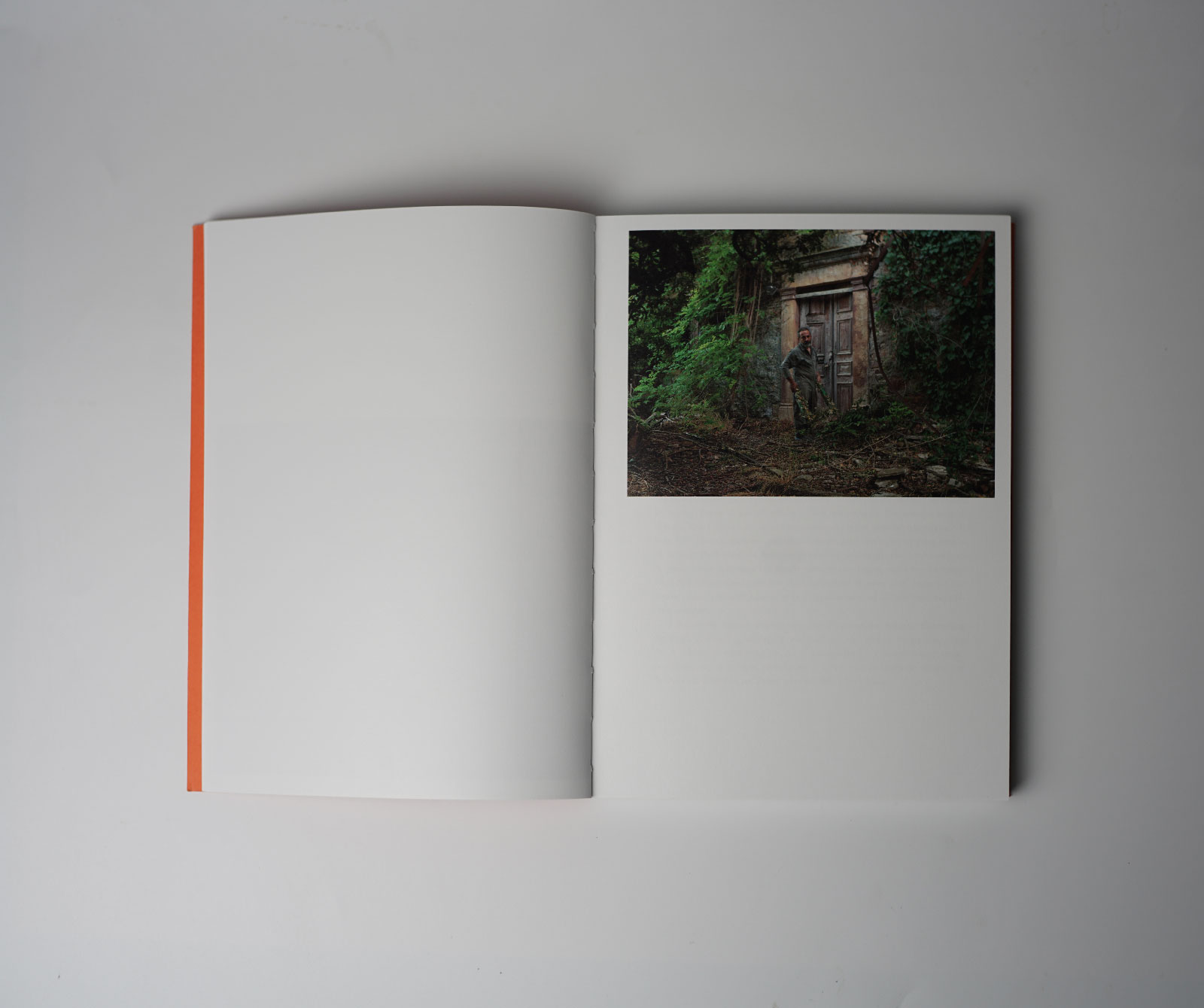 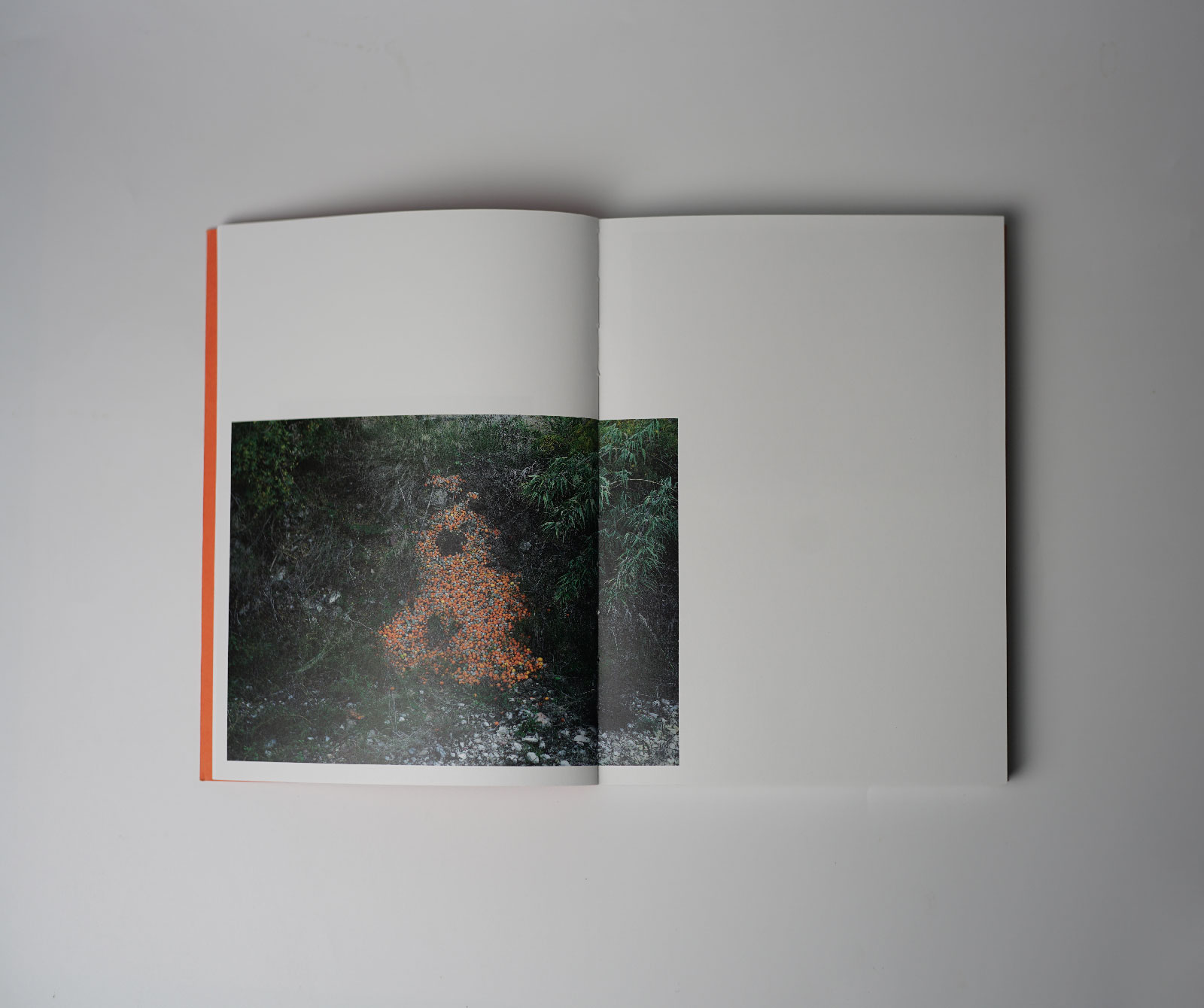 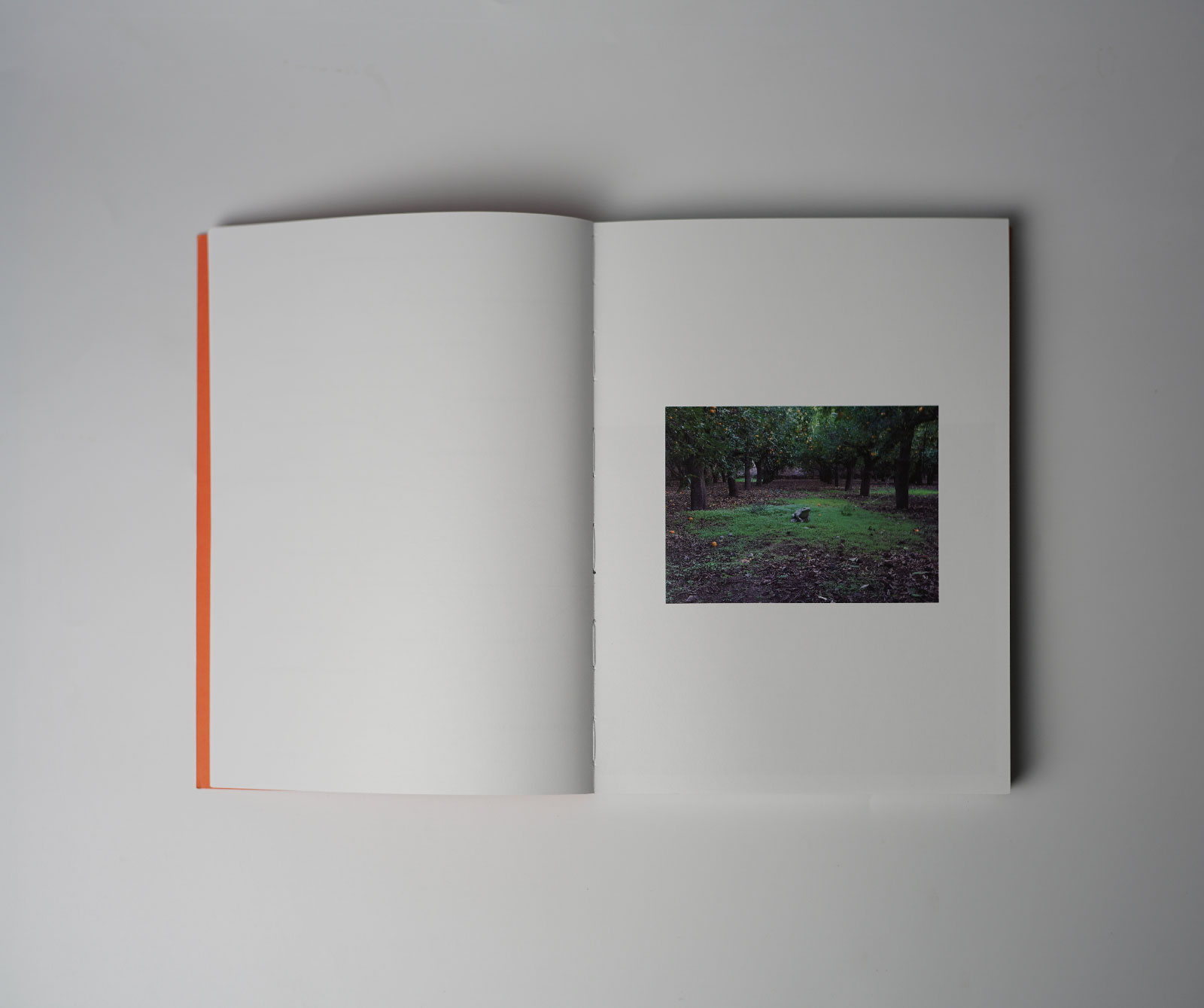 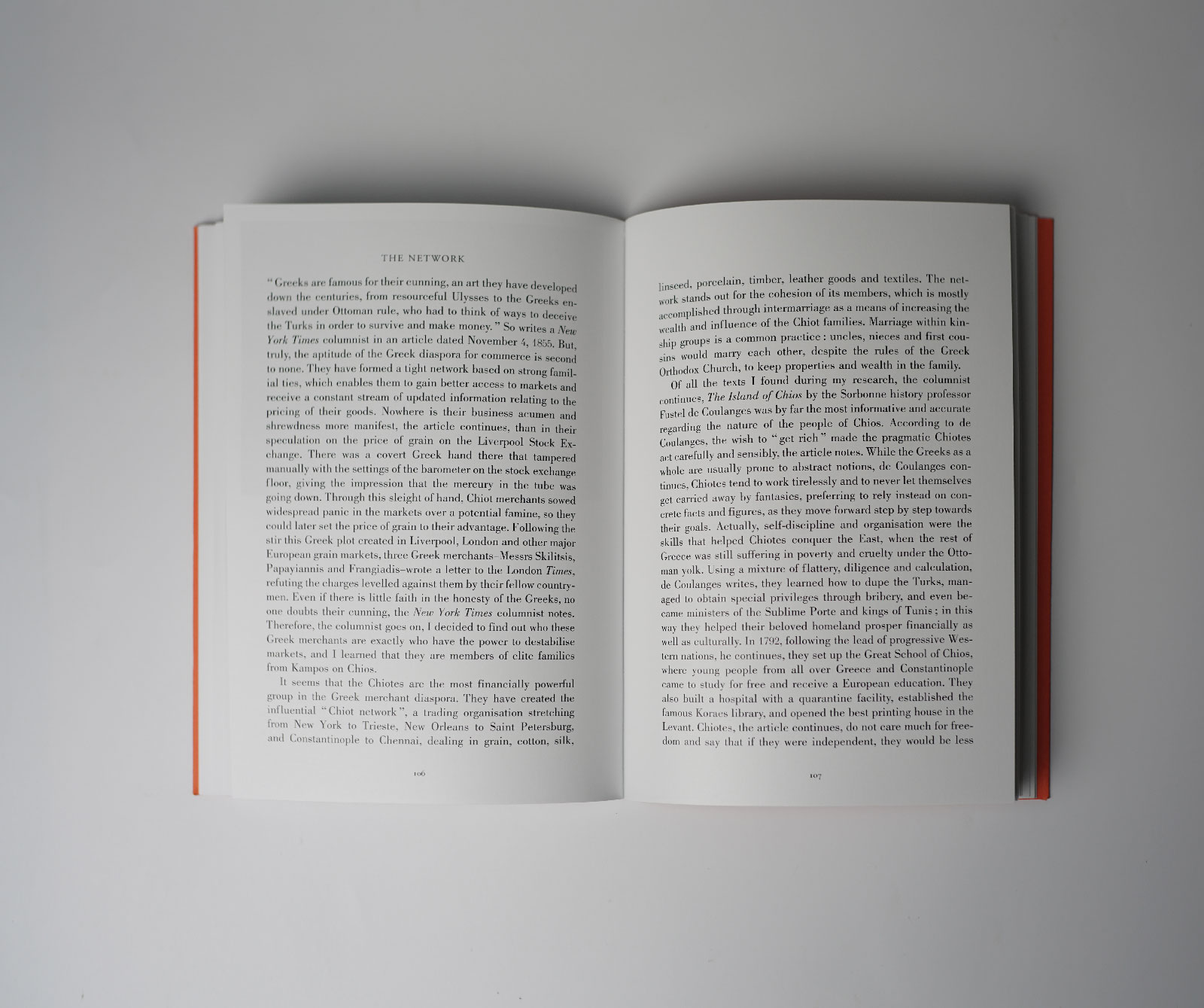 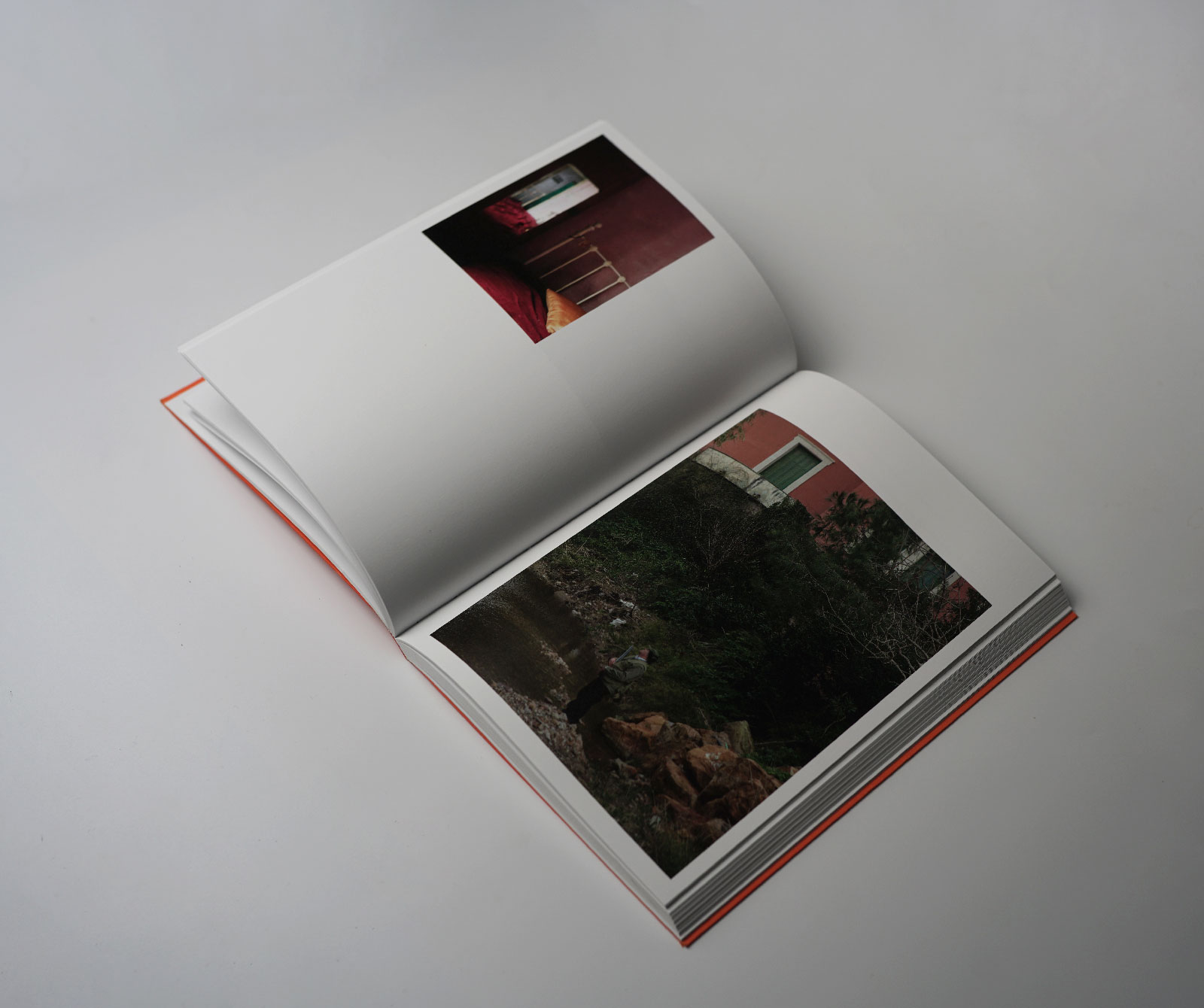 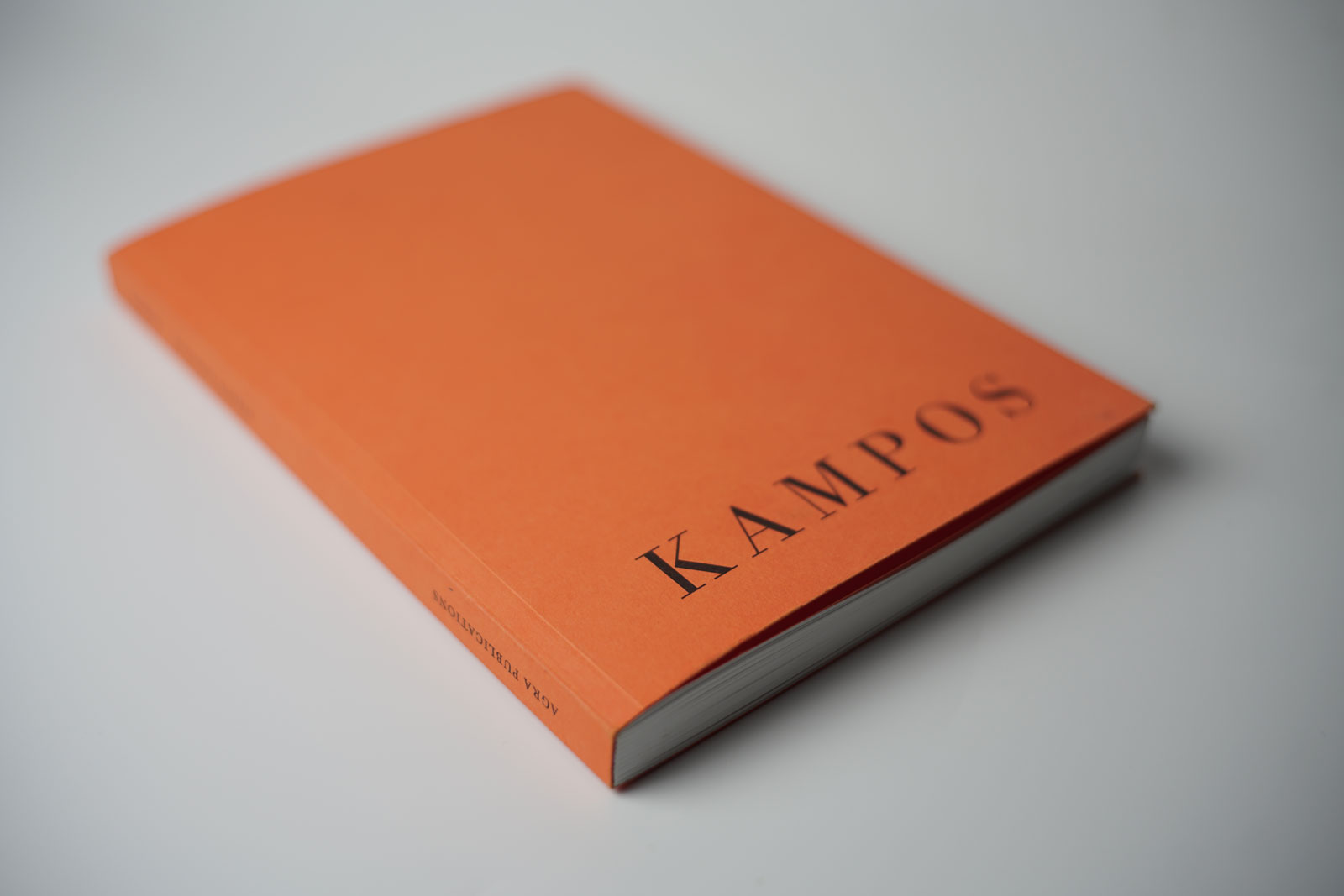